Our organization is named after our great grand parents cause we are from the lineage of ALLAH KAYI meaning ‘GOD HAS DONE IT ‘ and we are into general procurement and i believe we are up to what the name implies and is reflecting.

What’s the first introduction to your prospects – your business name!  How did you pick your name?  What significance does it hold for you?  How do others respond to it?  How does it make them feel?  Does it reflect what you are doing or does it detract from it?

What image does it conjure up?  All excellent questions to ponder when starting out.

Eyes still adjusting, not ready for coffee, not yet.  But I’m up.  And not ready for a push-up, or sit-up, still have to wake UP.  Should I stay awake, or go back to sleep?  Why am I even thinking about it?  Today, a day off, well kind of.  Have to start grading papers, using it as material or “content” in wee adjunct story.  Starting to wake, but slowly.  Slowly…..  4AM pushing me out of its territory.  I know where I’m not wanted, and this hour wants me anywhere but here, thriving in the quiet it entails and provides.  4 wants it all to itself.  Part of me just wants to say ‘fine fuck it you can have it’.  But the other side of this writer, the fighter side, orders “Fuck you, it and you are MINE!’  Just one sip of that coffee and I win.  Why does sleep sound so…

"Mastering You" with Maxwell D Toliver

First Macy’s and Kohl’s, then the Pete Nordstrom “Mic Drop”.

“Comedy is not pretty.” – Steve Martin

Today, retail is increasingly like comedy.  Lots of data and little of it used.  Lots of digital, but little relevance.  Lots of loyalty programs, but little more than transactional offerings.  A joke for so many retailers, though not those who have filed for bankruptcy.

Last week was incredibly telling, as retailers continued reporting poor earnings.   Two former industry leaders, Macy’s and Kohl’s, resorted to the old “let’s change CMOs and then shift the marketing mix” game.  They even did it on the same day. Macy’s said it was shifting more print to digital and conversely, Kohl’s said it was doing just the opposite.  Not pretty in either scenario.

Subsequently, Nordstrom announced a 64% decline in its quarterly profit and lowered guidance for the year, citing Amazon as a key…

A few months back I sat on a panel to discuss Non-Profit Sustainability and Social Entrepreneurship. You can check out the video here.

I was asked to provide some comments on B Corps – or Benefit Corporations.

To cover some basics –

B-Corps have a dual purpose –

B-Corps also impose heightened fiduciary duties on board of directors, require the Board to consider social/environmental consequences for board decisions.

These “heightened fiduciary duties”  is contrasted with the setting of the traditional corporation – where the shareholders appoint the board of directors who make decisions  to maximize profits to the shareholders.

Maryland was the first state to enact B Corp legislation in 2010.

In 2012 – there were 7 states with B Corp legislation enacted.

Today: 31 states (and counting) with B Corp…

Up until now, I shuddered at the thought of being labeled as an entrepreneur.  The reality is that my friends and colleagues who are entrepreneurs do not embody what I consider to be the “negatives” of entrepreneurship. However, there are many examples in the media and in my everyday encounters which have led me to disassociate myself from the role.

I have been happiest in my many careers when working with others. I loved the feeling of belonging to an established organization, and having interactions with an abundance of teams and individuals who are associated with an organization. These experiences included playing in a string quartet, performing in a symphony orchestra, working in a software development team, working as a consultant for PriceWaterhouseCoopers, and working as a leader of more than 800 technology professionals in a Fortune 100 company. There, now you know how many careers I’ve had thus far! 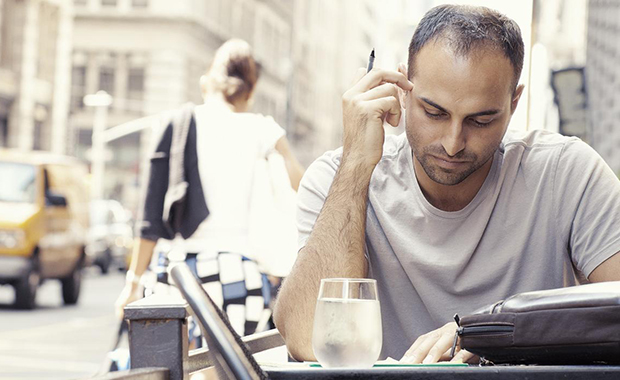 Nearly half of all new small businesses close down within the first five years. About two-thirds of new establishments aren’t able to make it passed a decade.

These stats aren’t the most motivational numbers for future entrepreneurs or small business owners, but if your business is able to survive the first five years, you will have a much better survival rate.